Ryu is only ten years old but has already fought a battle most will never face in a lifetime.

When Ryu was only six months old his mother, Agatha, sensed there was something not quite right. Ryu’s left eye would periodically drift. Agatha discussed this concern with her pediatrician. The doctor gave Ryu a basic eye exam in his office and informed Agatha that Ryu’s eyes were completely healthy. The doctor felt this occasional misalignment was normal for his age. But Agatha was not so sure.

Over the next few years this “mother’s intuition” grew. She knew that there must be more going on with Ryu. Finally one day in 2016, when Ryu was just 3 1/2 year old, Agatha received the information she was searching for. While she was at work, a post popped up from Know the Glow about a child with the Glow (Leukocoria). The story explained that the Glow can indicate more than twenty different conditions, one being Retinoblastoma (cancer of the eye).

Agatha had never heard of the Glow before but had a sinking feeling that she may discover it in her son. She looked back at photos of Ryu on her phone. Most of her photos were not with a flash but not long into her search, there it was. A clear and present Glow in Ryu’s left eye.

Agatha immediately researched leukocoria and became very concerned about what this silent sign could be indicating. Once home, she explained her concerns to Ryu’s father, Adam. Together they sat Ryu down and took a photo using the flash. Again, Ryu had a clear Glow in his left eye. Agatha knew there was something wrong and she was determined to discover what it was.

Armed with the photo and the knowledge of what it could be signaling, Adam and Agatha called the pediatrician demanding a referral to an ophthalmologist. Once there, Ryu was given a thorough exam. They were shocked and surprised to learn that Ryu was blind in his left eye. The ophthalmologist believed that Ryu had most likely been blind for over two years! Even more alarming, the doctor saw three large masses in his eye. He believed Ryu had Retinoblastoma. Agatha’s fears were confirmed.

The very next day Agatha and Adam took Ryu to Memorial Sloan Kettering Cancer Center in New York to see Dr. David Abramson. Doctor Abramson confirmed the RB diagnosis. He told them that Ryu’s eye was no longer viable. They believed Ryu was in extreme pain as the pressure in his eye was very high. Enucleation (removal) of the eye was suggested as the best option to relieve Ryu from pain and to try to keep the cancer from spreading. Two days later Ryu had his eye enucleated. The doctors believed they removed all of the cancer cells, including a small tumor on the optic nerve.

Agatha says that almost immediately after surgery her son’s entire demeanor changed. He had been a frustrated child. She now knew that his anger was due to the pain he could not explain. After surgery and free of this pain, Ryu became the “softest and sweetest” child. Agatha does not regret the decision to enucleate.

Ryu began systemic chemotherapy immediately after surgery. He underwent eight rounds. This was a very tough time, but Ryu is a fighter. After the eight rounds, Ryu’s scan came up all clear. They believed the worst was over.

During this time Agatha, the primary income earner in the household, lost her job. Along with that, the family lost their insurance. The medical expenses kept coming and the bills started to add up. Despite the financial hardship, the family found strength in knowing Ryu’s health appeared to be stable.

In July of 2017, almost exactly one year after his initial diagnosis, their sense of peace was taken away. Ryu started experiencing severe headaches and nausea. Again, Agatha’s intuition knew this was not just an ordinary virus. She demanded that Ryu’s upcoming scan be moved up. The very next day Ryu was scanned. They were told the heartbreaking news that his cancer was back, and this time with a vengeance. The cancer was on his optic nerve heading to the other eye. There was also a tumor discovered on his brain, and some cancerous cells in his spine. Ryu needed to fight once again.

They immediately began treating Ryu with chemotherapy. These rounds were much more difficult on little Ryu. After each round he needed to be admitted to the hospital. Ryu was spending 3 weeks every month in the hospital during this time. Once these rounds of chemotherapy were complete, Ryu underwent a stem cell transplant. After the transplant, he had one last high dose of chemotherapy done which wiped him out completely. Soon after he started radiation treatment. These treatments all finally ended at the end of February, 2017. Since then Ryu has had multiple scans and so far his tumors have shrunk and his spine is clear of all disease

Yet Agatha says that even after all of this treatment, Ryu’s life-long battle had just begun.

Agatha feels it is important to share what the reality of recovery can look like when a cancer diagnosis is not caught early enough. It has been a very long and hard road for the entire family. The financial and emotional toll has been very difficult. Ryu’s treatment took its toll on his little body. His growth completely halted for almost four years and even now he is just in the 5% in height and weight. He was very weak for quite some time and needed therapy to rebuild his muscle mass. He lost a good portion of hearing in his right ear and some in his left as well. Ryu needs growth hormone treatments, a hearing aid, speech therapy, dental correction, and a new prosthetic eye among all of the other medications and treatments. All of this is expensive and some of the aides Ryu desperately needs (including the prosthetic!!) are not covered by their insurance.

Despite all of the challenges that come his way, Ryu continues to fight every single day. He has a huge heart to go along with his fighting spirit. Agatha says that she finds him often comforting her when he can tell she is needing support! Ryu is now in 3rd grade. He is very open about his past and often explains his cancer history to others confused by his size. Agatha says he makes friends wherever he goes and is, in her words, a “social butterfly!”

If you would like to help Ryu’s fight, please consider donating to: 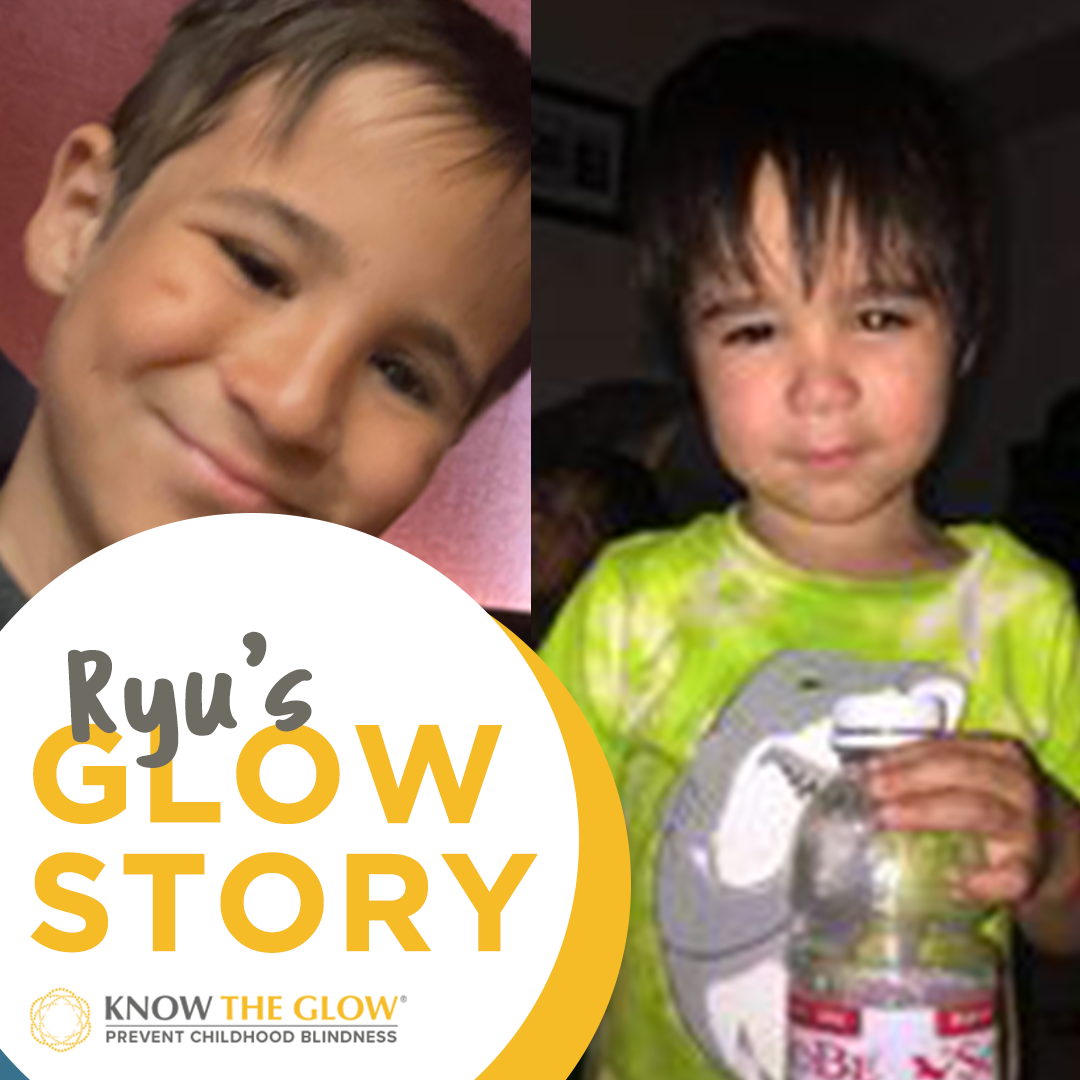