At age 23, Christina Gonzalez is reaching tens of thousands on her Instagram page https://www.instagram.com/gogoldforchildhoodcancer/ building awareness about Childhood Cancer!  With areas on her page dedicated to Pediatric Leukemia, Sarcoma, DIPG, and Retinoblastoma among others, Christina has found a unique way to not only build awareness about these childhood cancer conditions but to also highlight the journeys of the families battling them and to honor the stories of those families who are currently in need of help.  Her site rotates links to gofundme sites for children in the midst of their struggles and helps bring attention to her community of more than 19,000 followers regarding the importance of banding together as we all look to help, as she says, “use our voice to shout to the world” about the need for more awareness about childhood cancer.

Watching children struggle to find their diagnoses and proper care is what keeps her inspired to shout from the mountaintops about the importance of building awareness about childhood cancer and chronic pain.  Christina’s inspiration was her own struggle with an unknown yet possible genetic condition that has caused her chronic pain since birth.  An identical twin, Christina was born prematurely and was the slighter of the two girls. After 8 days in the NICU she was released to go home. Her mother stated, “as soon as I brought her home I noticed her right foot was turned in and stiff. Her pediatrician said “That’s how she was

sitting in the womb and she would outgrow it”. From the start she was a nearly inconsolable infant only finding comfort when swaddled tightly in a blanket. The pressure of the tight swaddling would somehow alleviate her pain as an infant – a tactic that continued to help throughout her early years as she would creatively twist her legs as a toddler in such a way as to help alleviate her pain. In April of 2000, a month before her first birthday, an evaluation described her as “11 month old female who was the product of a 36-week twin gestation presenting with developmental delay especially in her motor, speech and language skills. Present neurologic examination remarkable for mild extensor thrust and mild head lag. Present suspect neurologic examination findings and early motor pattern profile score of six at 11 months of age are concerning for chronic motor deficit or dyskinetic type of cerebral palsy.”  This once again did not provide many answers to her pain. At that time the pain was primarily in her legs and even walking was painful for Christina as a child.  Shown recordings of her actions, doctors remained mystified They could not find any medical explanation for her condition. Frustrated with her pediatrician who  minimized her concerns about possible reasons for her daughter’s pain and even questioned the legitimacy of that pain, her mother switched to a different pediatrician. The new pediatrician sent Christina for X-rays in 2001. She was then seen by a neurologist on 2/16/01. In 2003, Christina was taken to a pediatric and adult orthopedic surgeon, who specializes in abnormalities of the hip and knee. He too was unable to find the cause of her pain. She then began to attend physical therapy for the first time in 2004, one month after turning five.

Her mother never stopped seeking answers as Christina traveled down many difficult and painful pathways. After many years without a diagnosis, Christmas finally received an MRI in 2005 which revealed that she had a condition called hydromyelia. The Hydromyelia was in the cervical spine that extended into the thoracic cord to the level of approximately T9. However, Despite the diagnosis, doctors were not convinced the fluid collected in her spinal columns was causing her pain.

As Christina grew they tried different ways to give her relief from her daily pain including physical therapy and a multitude of pain medications   In 2014, additional scans showed that the fluid in the syrinx had become encapsulated into cysts.  This new information changed her diagnosis to Syringomyelia.  Once again, this diagnosis did not explain her pain as pain is not often associated with this condition.  Christina’s frustrating journey continued in 2015 when she was given yet another diagnosis of AMPS, Amplified Musculoskeletal Syndrome In May of 2015 she was also given a diagnosis of  Fibromyalgia.

As a teenager, Christina was filled with frustration of not being heard, let alone understood.  She not only faced medical diagnostic challenges but also bullying in her school environment.  While a few friends valiantly stood by her, including her identical twin, many others teased her for her walking cane, mocking her and calling her names.  Unable to manage her pain through the school day, Christina had to sit out most of her Junior and Senior year doing Independent Study to complete her requirements.  She was able to graduate with her class but had to sit on the grass during the ceremony as standing for such a length of time proved too painful.

Christina also suffered from Gastrointestinal issues that started around the age of 13 which were misdiagnosed as an eating disorder.  In 2018, after 5 years without relief from this debilitating pain Christina was diagnosed with Gastroparesis, which is stomach paralyzation

At the age of 22, Christina  had aged beyond her pediatric team.  She now had to find a new set of doctors to analyze her condition as an adult.  The pain which initiated primarily in her legs had since spread to other areas of her body. This new team diagnosed her with degenerative disc’s disease, Torticollis, lumbar radiculopathy, cervical radiculopathy, and most significantly, Osteoarthritis of her C-Spine very close to her Syringomyelia in July of 2021. These new diagnoses led her to a new adult pain clinic.

In February of 2022, Christina met a neurosurgeon from UCSF who specializes in complex spinal deformities, as well as specializing in neurological and orthopedic spine surgeries. This  Neurologist did not attribute her pain to her Syringomyelia, however he did have an explanation for why she was experiencing so much discomfort. He believed she suffered from an illness called Occipital Neuralgia.  At the request of her pain clinic she received a nerve block targeting the Greater Occipital Nerve.

The month of her 23rd birthday, on May 30th, she received the first nerve block. Finally Christina had a sense of relief, although temporary. The pain that radiates to her eyes was still of concern so in July she was recommended for a second Nerve injection. On July 7th, she received an injection to her Third Occipital Nerve as well as an ablation to her Oculomotor Nerve which was found to be damaged. This procedure was miraculously able to provide relief from the pressurized pain in her skull that radiated to her eyes. The pain went from a 100 to a 35. She was then diagnosed with Bilateral Occipital Neuralgia. Trigger point injections and additional scans will be done every eight months to try to help identify better ways to help Christina manage her condition.

Christina accredits Dr. Lee Tan, a spinal Neurosurgeon from UCSF with finally giving her the answers she needed along with Analese from the Pain Clinic local to her.

Throughout her journey Christina was writing stories and posting online.  Her online friend, Kayla, who had initially started the page Go Gold for Childhood Cancer was struggling to keep up with management of the page once her own genetic condition made it impossible for her to continue.  Kayla gave ownership of the page to Christina who has since grown her audience to nearly 20,000 followers!

Inspired by DIPG and RB families she came to know through her page, she began posting about both conditions regularly.  Baby Denver, who lost his battle with RB,and Ellie Grace, who is a heroic survivor, are two retinoblastoma families that continue to inspire Christina to build awareness around RB.

Christina’s passion about posting about childhood cancers and chronic pain is boundless.  Her energy is infectious and we are in awe of her commitment to building awareness and education about all of these family journeys!

Graduating in May, Christina plans to soon begin her Masters Degree program in the hopes of receiving a Masters in Social Work.  She continues to channel her pain into something positive by highlighting other survivors, struggling families, and even through honoring those children who have lost their lives due to their childhood cancers.  KnowTheGlow is honored to share about this brave young woman who has learned not only to be her own advocate but through her Instagram page to be an advocate for so many others.  We will look forward to seeing what the world has in store for this brave and talented young lady! 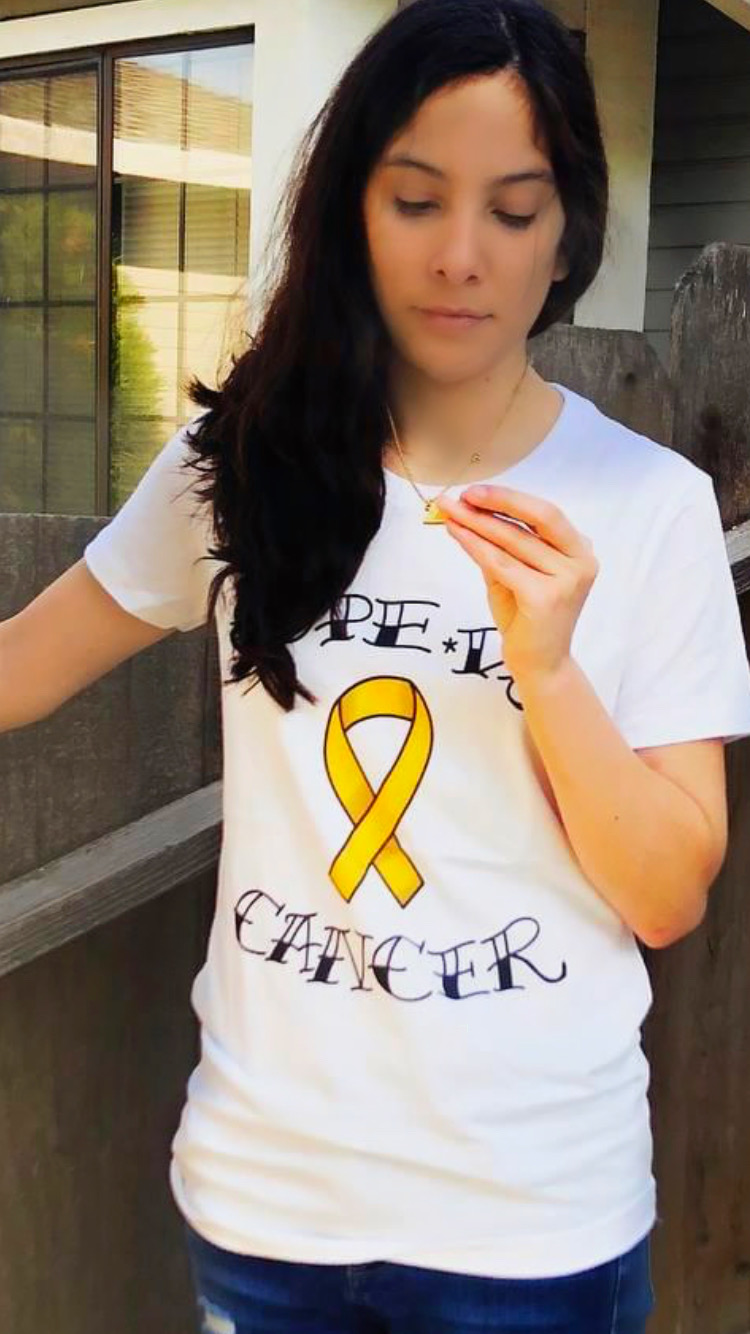 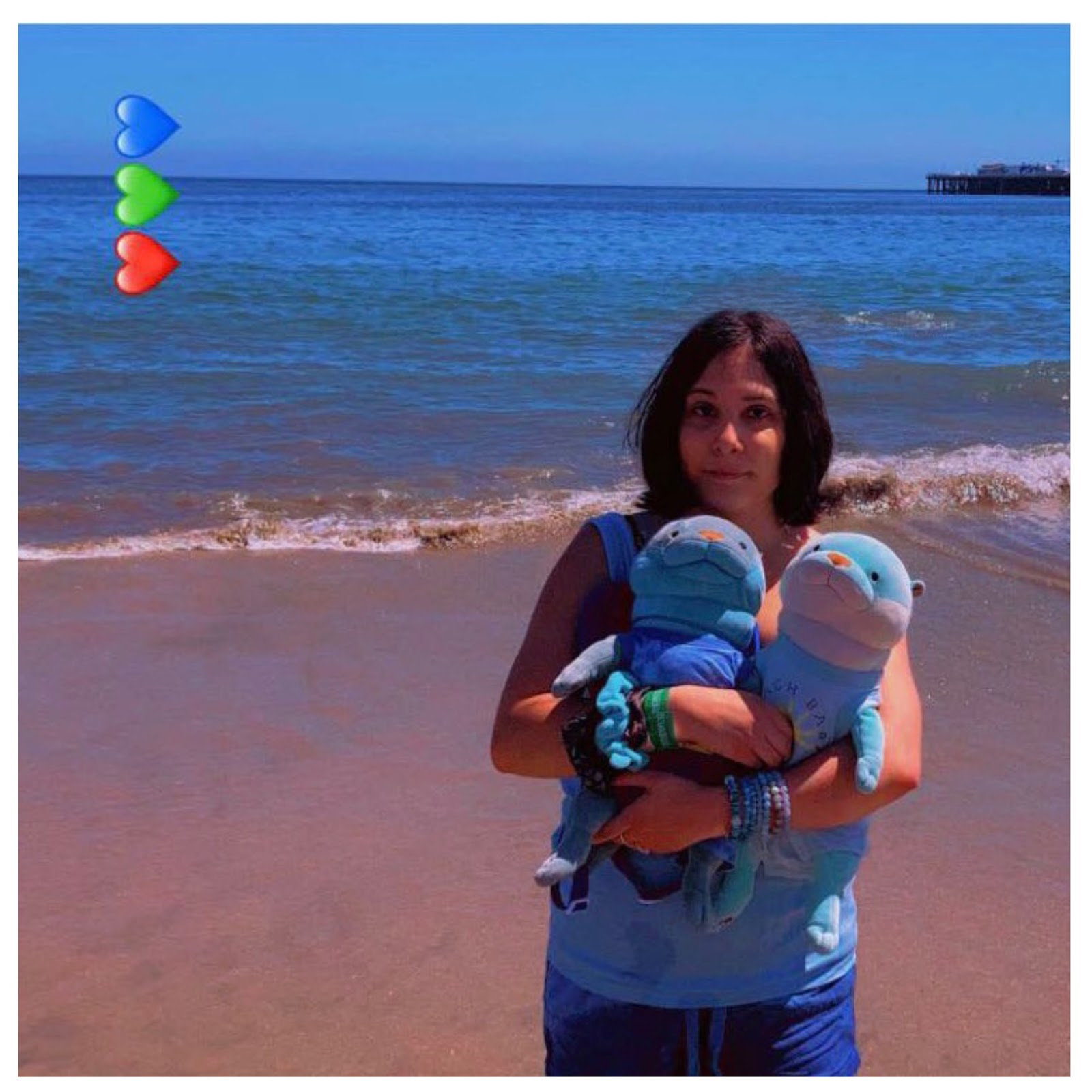 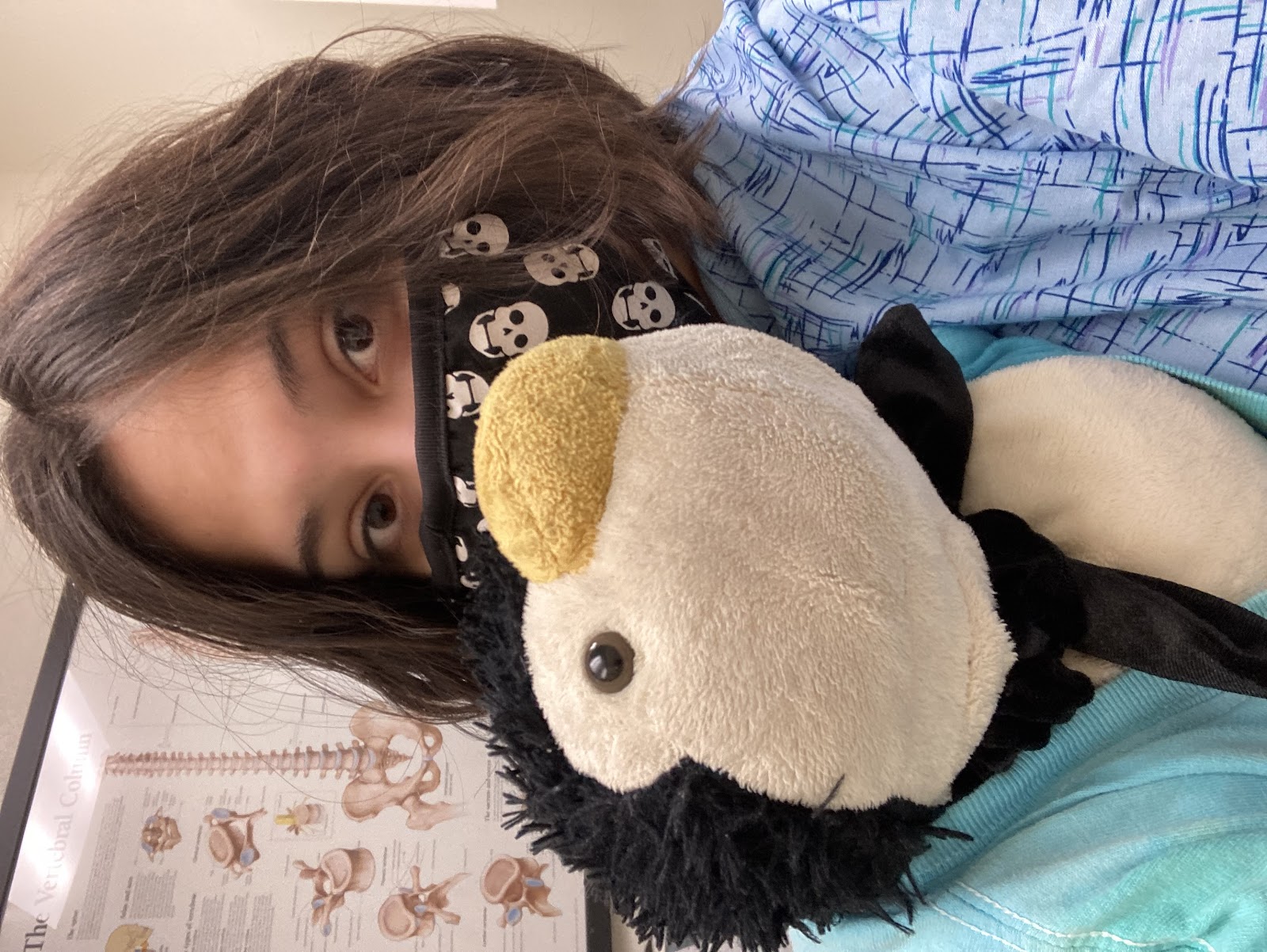 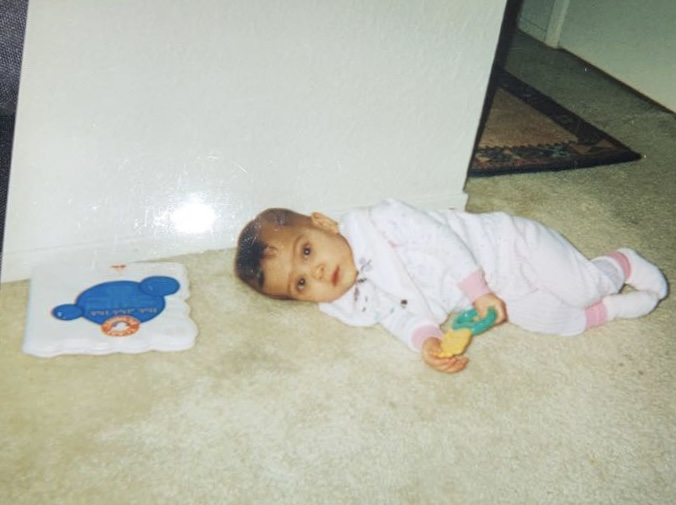 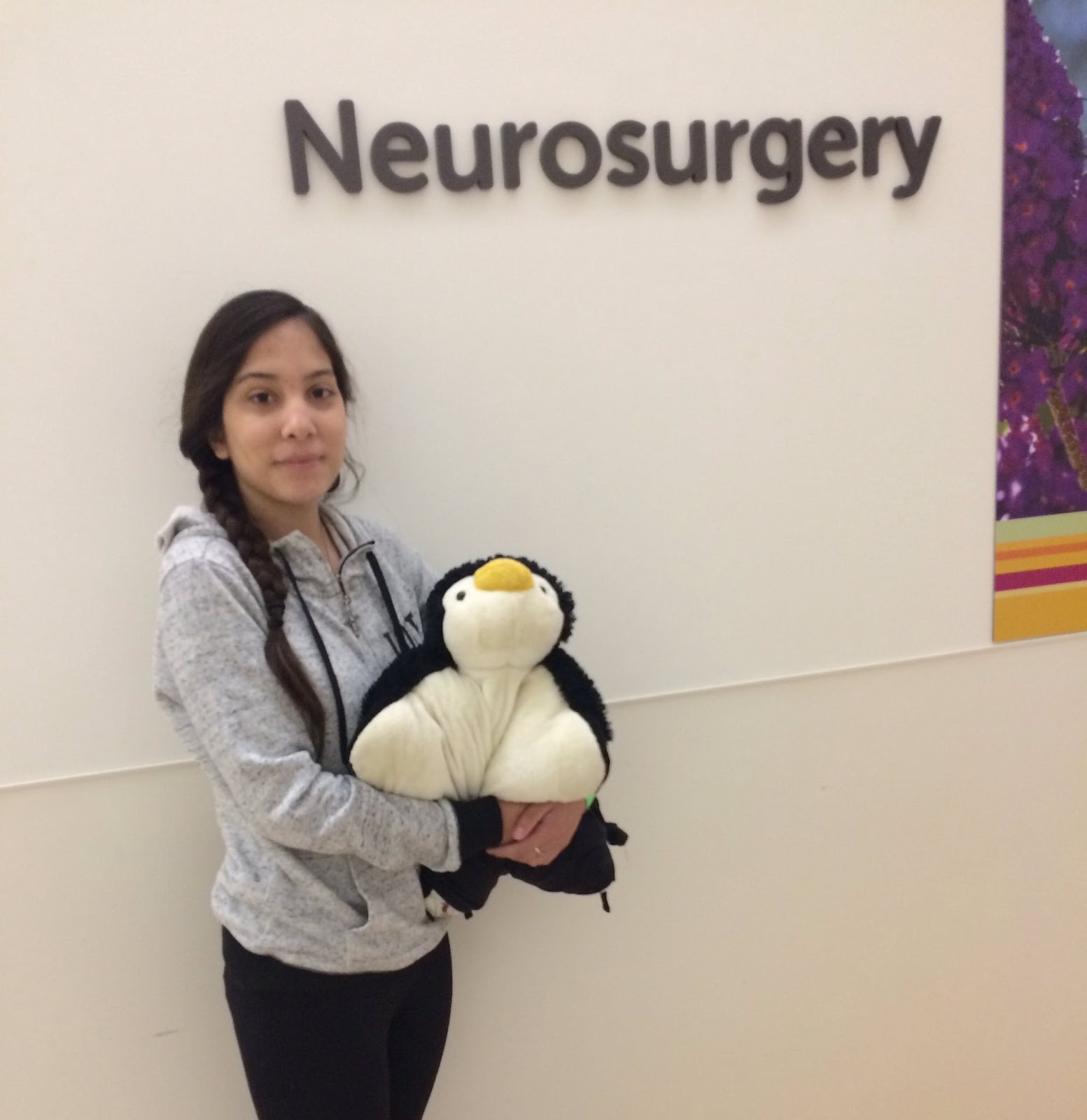 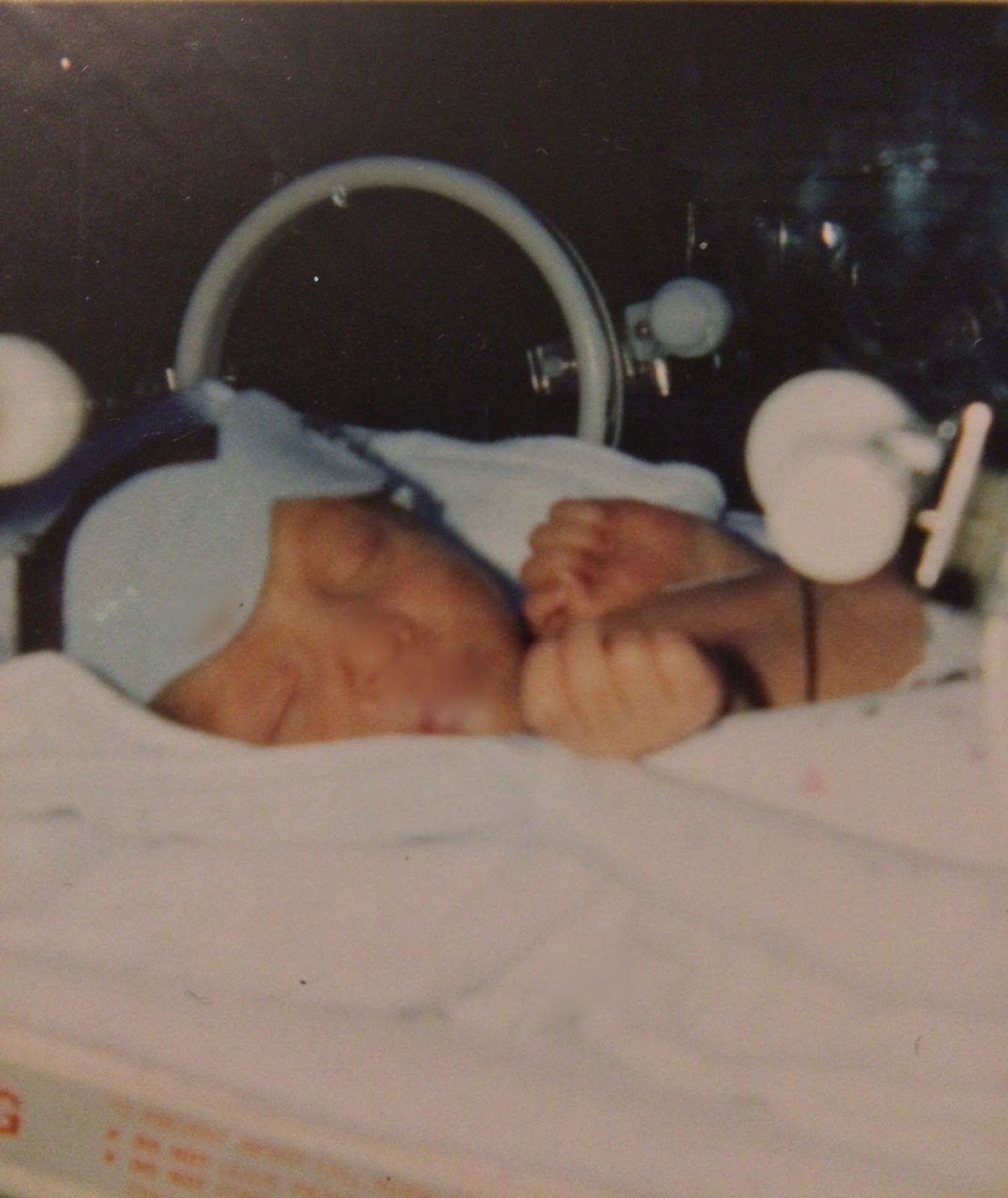 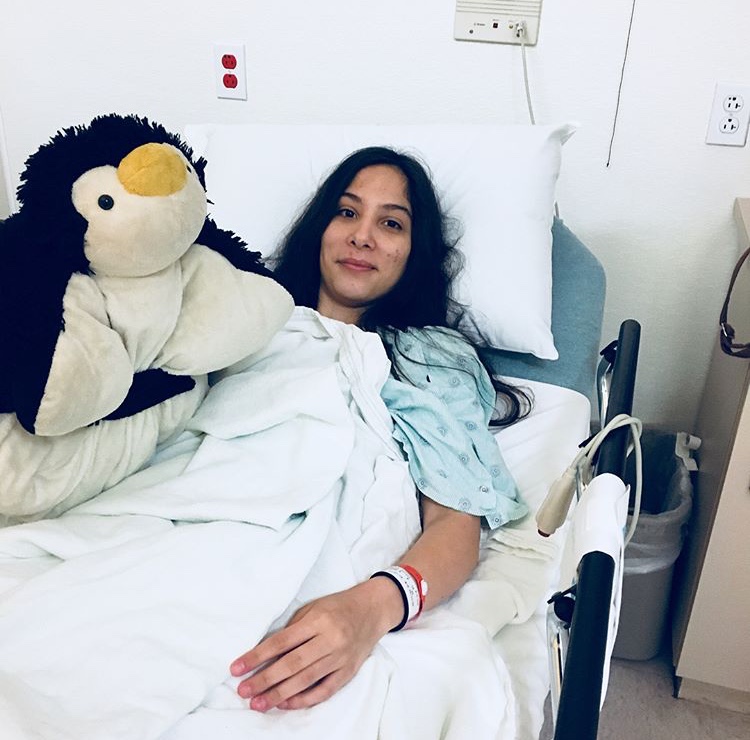 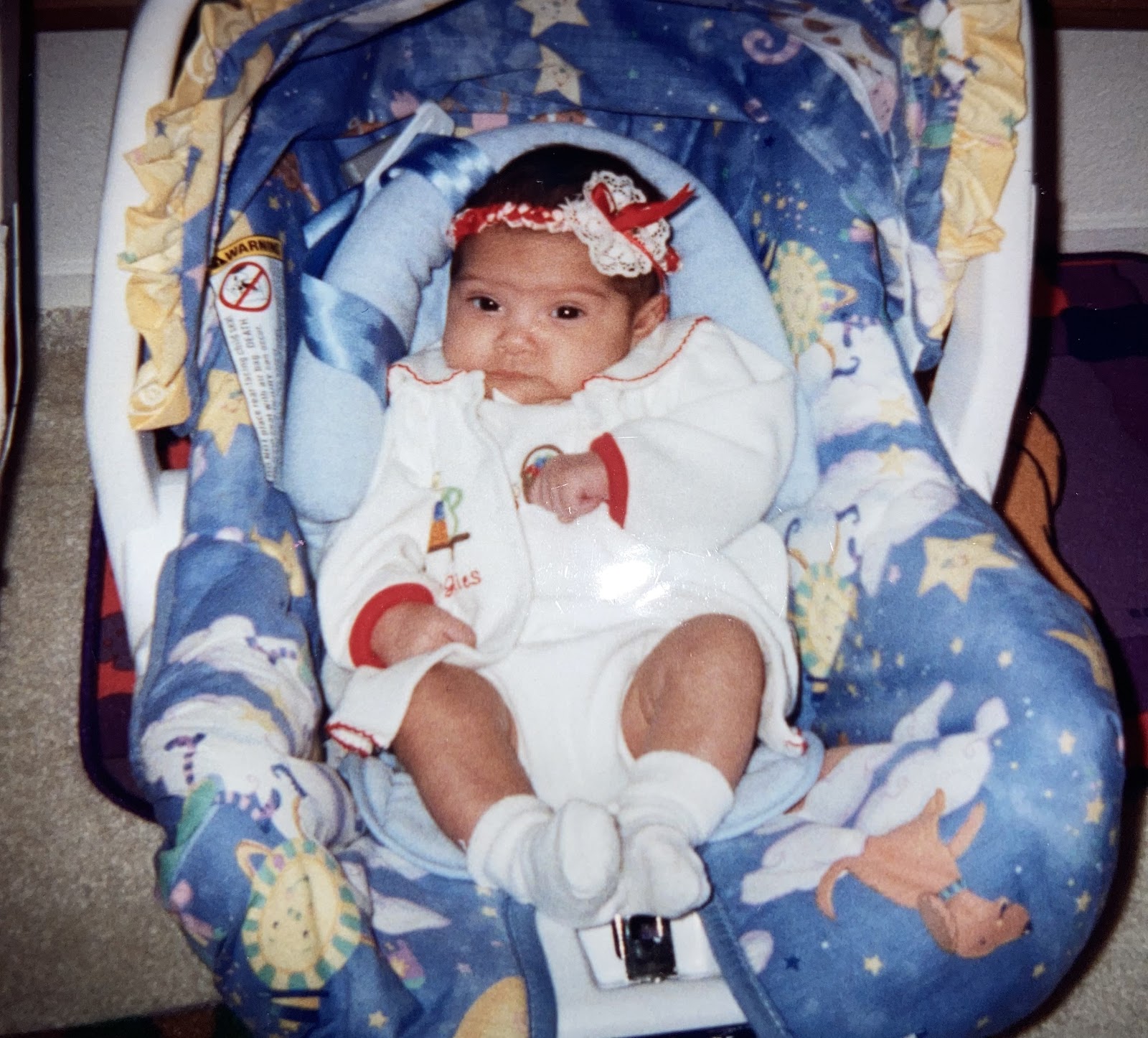