When Liam Reid was just two years old his grandmother began noticing a strange “glow” in his eye.  This glow was only visible to her in certain lighting and certain angles.  However, she informed Liam’s mother, Staci of what she was noticing.  At first Staci thought that her mother might be imagining the glow, but upon closer evaluation she too began to notice the glimmer in Liam’s eye.  Over the next few weeks, the whitish glow, that looked almost like a cataract, became more and more apparent.  Staci grew alarmed as the glow grew in size and began to take over the pupil of Liam’s eye.

Staci brought Liam to her pediatrician, who also noticed the glow.  Concerned, her pediatrician referred Liam to a pediatric ophthalmologist nearby in Charlotte, North Carolina for an immediate examination.  There, Staci was abruptly informed that Liam either had a benign mass or Retinoblastoma, a rare but potentially fatal cancer of the eye.  After this sudden and shocking revelation the doctor curtly asked if she had any questions.  Staci was in shock and unaware of Retinoblastoma, however she was determined not to let the doctor leave without answers.  She began asking as many questions as she could think of.  However, she quickly learned more testing was needed before any real meaningful answers specific to Liam’s condition could be given.

An MRI was scheduled for the very next week at Hemby Children’s Hospital in Charlotte, NC.  The results quickly confirmed the suspected Retinoblastoma diagnosis.  What followed was a flurry of activity as the various options of hospitals and doctors were evaluated based on insurance and travel times.  Staci felt the urgency to find the best path to care as Liam’s symptoms had suddenly increased with him complaining of pain in his head and his eye.  Still trying to learn all she could about Retinoblastoma, Staci reached out on Facebook to other mothers who had children with RB. One of these incredible mothers connected  Staci to Robin from the St. Jude’s Affiliate Clinic in Charlotte.

Wasting no time, Robin began making plans for Staci and Liam to travel to Memphis to meet with Dr. Rachel Brennan and Dr. Matt Wilson at St. Jude’s.  When the Memphis office learned of the increased symptoms being experienced by Liam, Staci was asked to do whatever she could to be at St. Jude’s to be seen by 6am the very next morning.  With her mother, Staci and Liam set off for the 12 hour drive to Memphis.  Driving through the night they arrived at St. Jude’s campus at 5:30am the following morning exhausted but grateful for the chance to have Liam examined by some of the most respected doctors in the nation.

Upon examination it was quickly determined that Liam’s tumor, while unilateral, was large in size and was located close to the optic nerve.  As Dr. Wilson reviewed the options with Staci he indicated that it was recommended Liam have immediate enucleation of the affected eye and then chemotherapy to keep him safe.  Realizing that Liam had little to no vision in his eye and that things were changing so rapidly, Staci did not hesitate to agree to the suggested plan.  The risks of trying to save the eye outweighed the rewards.  Dr. Wilson performed the procedure the following Monday and within a week of their drive to Memphis, Liam and his family were again headed home.

Staci was so pleased to see how well Liam handled the surgery and was happier still to learn that the recommended six rounds of chemotherapy could be provided back in Charlotte.  Liam’s chemotherapy was completed in six months and while he lost much of his hair and had some nausea he sailed through most of the process!  They still travel back to Memphis every few months for checkups and EUAs but now they travel by plane.  Liam loves to fly!

Staci is so grateful that her mother recognized Liam’s glow allowing her to have Liam diagnosed before the cancerous tumor could travel beyond his eye.  She is also very grateful for the supportive community that rushed to her aid to help her navigate through.  With this amazing support as well as the strength of her loving family, Staci now knows she and Liam can handle anything that comes their way!

Staci hopes that Liam’s story will encourage more mothers and fathers…and grandmothers and grandfathers…to keep an eye on the eyes of the little ones in their world.  Early detection made all the difference for Liam!

To see more of Staci’s journey with Liam see her Instagram page Staci (@stacireid_) full of her posted photos and videos and to help the family cover the lost income from Staci’s time in treatment with Liam please donate here. https://gofund.me/0a5933b8

We are so grateful for the brave mothers and fathers who not only navigate through these winding paths to diagnosis and treatment but who then help us build awareness through the amazing channels of sharing through social media like Instagram and Facebook.  We will look forward to watching Liam grow through her continued posts and will be excited to see what the world has in store for this brave little boy! 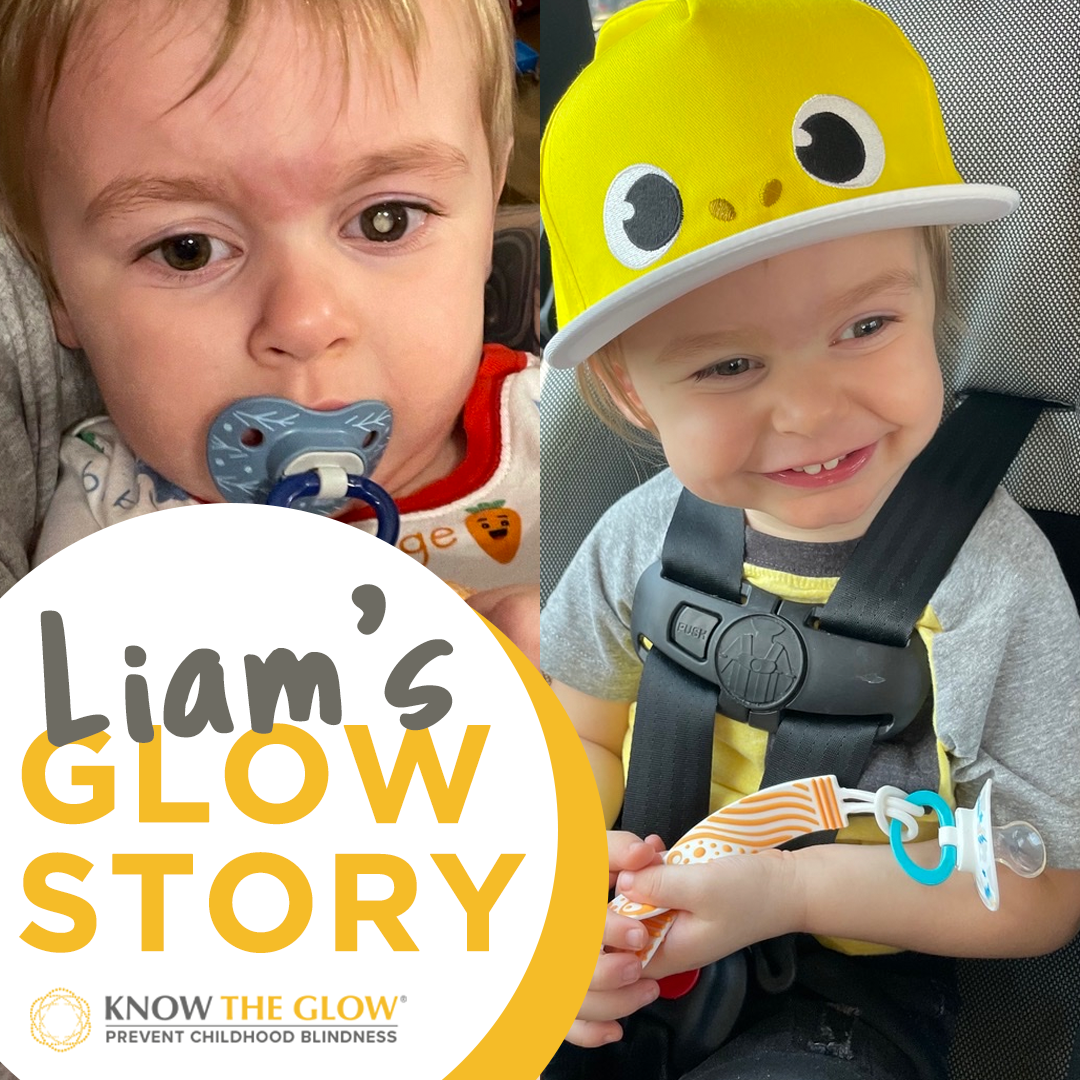