Albert Einstein famously said “In the middle of difficulty lies opportunity.” It is this quote that came to mind as I listened to Megan Webber, Co-Founder of KnowtheGlow, speak with Dr. Susan Lewallen, ophthalmologist, advocate for global eye care, co-founder of the Kilimanjaro Center for Community Ophthalmology (KCCO) and acclaimed author.   When Susan was at UC San Francisco Proctor Foundation, she met her soon-to-be husband Paul Courtright, then at Berkeley, an epidemiologist specializing in eye disease..  They not only  made a commitment to each other but also, on a larger scale, to eye care in low to middle-income countries.  They both realized that it was not enough to periodically go on trips to help for a week here and there.  No stranger to the world at large, Paul had grown up in Iran, Australia, and Taiwan due to his father’s work with USAID.  Paul and Susan wanted to entrench themselves in a country, get to know the community, and the health care system, and then look for ways to help improve the quality and access of care for the people there. They would go on to spend 20 years in Africa raising their two sons there; removing themselves from the comforts of western life and living across Africa in Ethiopia, Malawi, Tanzania, and South Africa..

Susan explained to Megan the critical need to be physically part of the local system of these countries to truly see the challenges and the opportunities and it is for this reason that she and Paul lived in Africa.

They started in Ethiopia but this proved to be a great challenge as the country was still in the throes of civil war and programs were in disarray. Paul went down to Malawi to consult for the International Eye Foundation and this resulted in both of them joining the IEF,where Paul ran a  Vitamin A distribution program and . Susan joined him as  the only ophthalmologist for the 5 million people in southern  Malawi. You would think that she would have been very busy, but this was not the case. She found that lack of systems to bridge the distance between communities and the hospital meant many did not getcare. Sometimes there was such a lack of trust in doctors and treatments that when patients finally did come to her it was too late and under dire circumstances. In children, she saw far too many advanced retinoblastoma cases that were already extraocular and far too much delay in presentation of childhood  cataracts. Susan lamented to Megan that it is difficult to know that you cannot get a child to the right care.  “You have to be happy that you are doing what you can,” Susan explained,” and have to accept that you cannot do it all.”

The challenge of childhood blindness is finding it early enough to prevent negative outcomes. Susan told Megan that the main problem continues to be a shortage of health systems that can function as a bridge between the community and the health care system.  To complicate matters, every country within Africa is different when it comes to health systems, and additionally, as regimes and leadership change in a country, so to does government support of programming.

These roadblocks did not stop Susan and Paul from launching the Kilimanjaro Centre for Community Ophthalmology (KCCO) in Moshi, Tanzania  in 2001. It was a good location, being that there is a medical school and ophthalmology training in Moshi so a steady stream of doctors would be nearby to help train and educate regarding treatment options.  KCCO programs are based on mapping out the area to be covered and then understanding the communities within that map.  In particular, for identifying children, KCCO identifies and works with Key Informants who know the people of the community and recognize those in need of care. These Key Informants have become the bridge between children and the health care system.  Often a referral chain needs to be built because even health care workers themselves do not know where to find an eye doctor. What does it matter if you can provide treatment if the patient doesn’t know about such options, has no means of transportation to get to the treatment, or is fearful of the physicians.

The Key Informant Program was designed to help identify children early in life so as to treat and, in some cases,  reverse eye conditions found in the community.  “Mothers are often the ones who know there is something wrong with their child,” Susan stressed to Megan.  Even without a camera, the Glow can often be seen in the proper light. These Key Informants are vitally important in helping to speak with the mothers and be the trusted advisor they need who can help urge them to take their child to the proper health care facility.  Susan stressed the need for supportive data and KCCO has been collecting epidemiologic evidence over the years.

Susan was very impressed to see what Megan and KnowtheGlow have been able to accomplish with their informative, non-threatening, and locally appropriate materials that help raise awareness of early detection of preventable childhood blindness. She began to discuss ideas with Megan regarding how KTG could help through messaging to add to the existing systems in Africa.   KCCO continues to thrive and currently has six childhood programs. With COVID starting to ebb it is hoped that the screening efforts will pick up againsoon.  Also, it is notable that most people throughout Africa do now have smartphones so KTG social media campaigns could potentially be very effective. Susan said that KCCO , in fact, often used smartphones for follow-up on children that had had cataract surgery.

Megan didn’t want to leave the conversation without finding out how Susan found her way to being a fiction writer. Susan explained that reading fiction has always been an outlet for her, and when times were difficult, it was her love of reading that saved her many times.  She had often thought that she would like to try authoring a book of her own one day.  Relying on books and blogs about  creative writing plus  a lifetime of lived experience and knowledge, she decided to give it a go! Crossing Paths was her first novel and she found it very therapeutic to write.  While she is not interested at this time in writing an autobiography, she admitted to Megan that there is always a certain amount of material from your own life that finds its way into your writing. Susan wanted to help people understand health systems in countries like Africa better and give women in the US a perspective on women’s lives  in a different culture.  She also wrote a second novel, Distorted Vision, and is currently considering a third book which may be co-authored with her husband, Paul.  She is not sure it will all come together, but they are enjoying the process!  Now living in southern California, Susan and Paul spent this past Christmas in Senegal with their two sons who live in and truly consider Africa their home. Dr. Susan Lewallen is a person who inspires all of us to get out of our comfort zone and open our eyes to the greater world around us and try to make a difference in someone’s life half a world away.  Thank you, Dr. Lewallen!  You are the living epitome of a woman who sees a problem and immediately sees and implements the necessary, and creative, steps to start solving it! 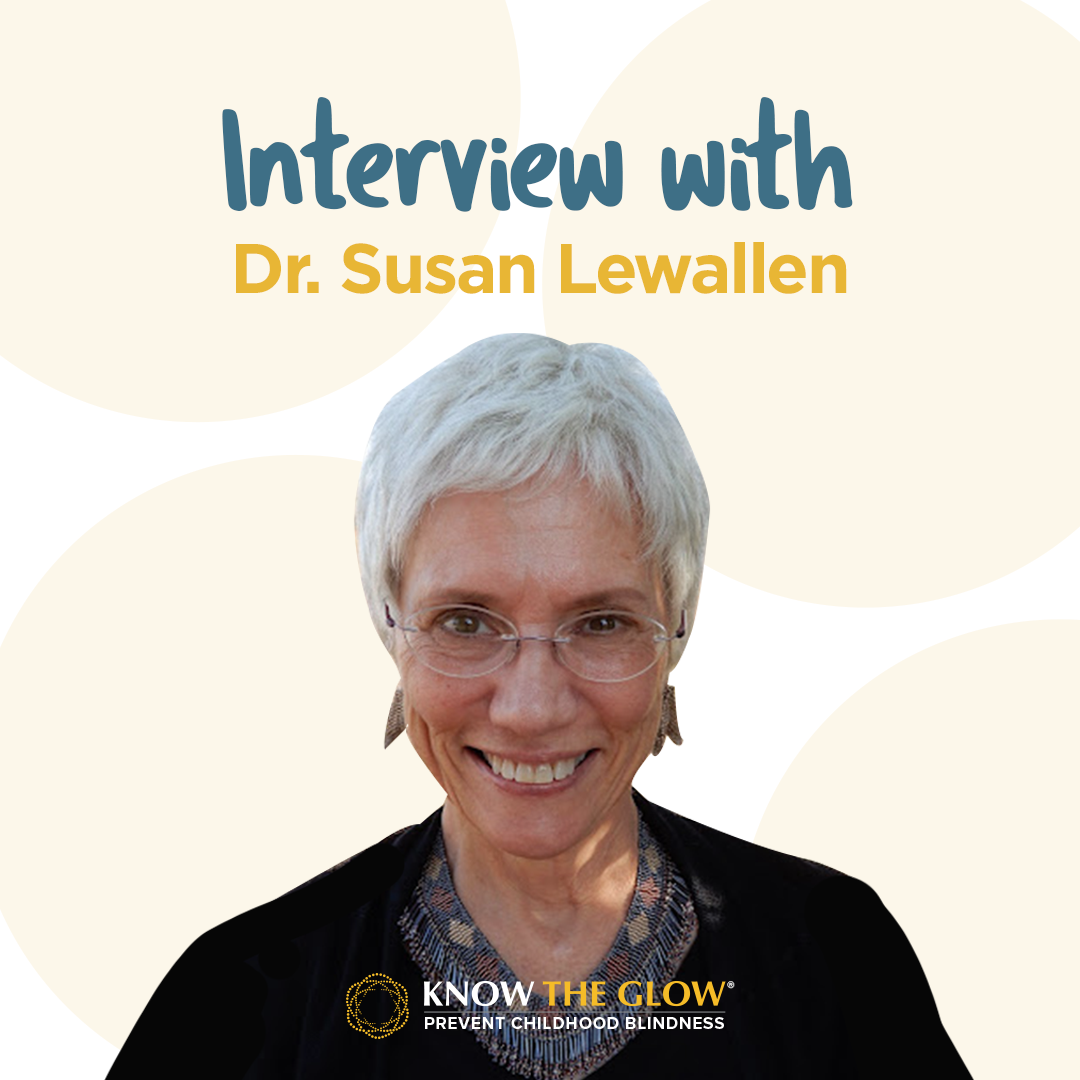