Dr. Jaume Català-Mora had wanted to be a doctor from a very young age, but it was life itself that specifically led him to become a pediatric retinal ophthalmologist.  Dr. Català-Mora studied ophthalmology at the Bellvitge Hospital and found himself gravitating toward retinal diseases. It was happenstance that he found himself working with pediatric patients. He was initially asked to treat a young patient with retinal disease and then gradually over time he began seeing more and more pediatric patients until they became the core part of his practice. Continually fine tuning his medical expertise, Dr. Català-Mora completed observerships in pediatric retinal diseases, including retinoblastoma,  in Oregon, New York as well as in France where he learned a great deal about laser treatments and retinal diseases. Megan Webber, Co-Founder of KnowTheGlow, became acquainted with Dr. Català-Mora through the equally inspirational mother one of his patient’s, Carme Juliá Ferré.  Carmé is also a computer scientist and is also a mathematician collaborating with Dr. Català-Mora on the development of a vision screening tool.   Dr. Català-Mora is currently on staff at the St. Joan de Déu hospital in Barcelona, but as Megan discovered, he is in constant communication with hospitals treating children with retinal diseases in Madrid and Seville, and his work often extends far beyond the borders of his homeland of Spain.

In Spain, Dr. Català-Mora described to Megan that there are two goals within Spain where his focus is dedicated.  The first is to reach and educate families about the warning signs of childhood blindness and the importance of consulting a pediatrician who can then refer, if needed, to a pediatric ophthalmologist for further evaluation and his second goal is to promote the routine administration of the red reflex exam at wellness checks by pediatricians for their young patients. Dr. Català-Mora is working with Carme on the development of an app which they hope will help parents but he also wants to work on a health program to make red, or fundal, reflex testing compulsory in Spain for young patients by pediatricians.

Additionally, Dr. Català-Mora is proactively meeting with medical schools to help promote the conclusion reached in a recent study regarding medical schools and the lack of education on leukocoria awareness for students. In the study they discussed how offering such a class to the medical school students would significantly aid in the diagnosis of leukocoria down the road. As is the case for medical schools in the United States, an ophthalmology rotation is an elective rather than a required rotation in Spain.

Globally, Dr. Català-Mora has worked with two organizations that focus on vision issues worldwide and in Francophone countries in Africa, The International Council of Ophthalmology and the Alliance Mondiale Centre le Cancer (led by Dr. Laurence Desjardins of the Madame Curie Institute in France).  As part of the AMCLC, Dr. Català has monthly meetings where programs and patients are discussed.  In cases where warranted, bringing patients to Paris or Barcelona to be treated if needed. The ultimate goal, though, is to train local ophthalmologists so that treatment can be accomplished in a sustained way locally in their own countries.  For example, in Mali as well as in Senegal, the local ophthalmologists have been outfitted with the proper equipment and training necessary to treat even their most difficult cases, including retinoblastoma.  Dr. Català-Mora is currently working with Dr. Mariamo Abdallah, a pediatric ophthalmologist from the Central Maputo Hospital in Mozambique, spearheading a campaign aimed at promoting the need to address leukocoria education there.   Dr. Abdallah is also being briefed on all necessary  training protocols.  She will be with Dr. Català through the end of the summer when she will then be ready to return to her country with the full ability to diagnose retinal diseases.

In Spain, Dr. Català-Mora noted that 99% of his patients had intraocular disease.  He shared that this is definitely not the case in many developing countries where they can see over 40% of cases present as advanced extraocular disease. Dr. Català along with several other highly regarded international retinoblastoma experts, prepared a study in 2020 demonstrating that the income level of a country had a direct correlation to the clinical stage and presentation of retinoblastoma.  He discussed his staggering conclusion that 49.1% of those from low-income countries presented with extraocular tumors at the point of diagnosis compared to merely 1.5% of those first diagnosed with retinoblastoma from high-income countries. Early detection of these diseases plays a vital role in determining their survivability especially in the case of the potentially fatal diagnosis of retinoblastoma.

From detection the conversation then switched to a discussion on the availability of equipment and treatment alternatives.  Megan asked Dr. Català-Mora his view on the two most common treatment protocol options, Intra Arterial Chemotherapy (IAC) and systemic chemotherapy.  Dr. Català-Mora expressed to Megan that he is very pro IAC and feels that, for the right patient, the results are superior as compared to systemic chemotherapy with one rather large caveat – that the success of IAC is highly dependent on the vascular surgeon’s skills.  He explained that when administering IAC, there are many considerations and surrounding issues.  The staging and location of the tumor is another factor to consider before selecting IAC over systemic chemotherapy.  He reminded Megan that when making a treatment plan for any given child that the priority is first and foremost to save the child’s life, next to try to save the eye, and lastly to preserve their vision. In many developing countries which lack trained pediatric vascular surgeons, often a child’s eye must be enucleated and systemic chemotherapy performed. Dr. Català-Mora approaches each and every case singularly and balances all options to produce the best outcome for his young patients. It is no wonder that he is sought out from families around the world and by researchers and top retinal specialists for collaboration.  We are confident that the future is bright for all countries thanks to the efforts of physicians like Dr. Català-Mora as they work diligently to train and educate all those who will listen regarding the importance of early detection and treatment of pediatric eye diseases. 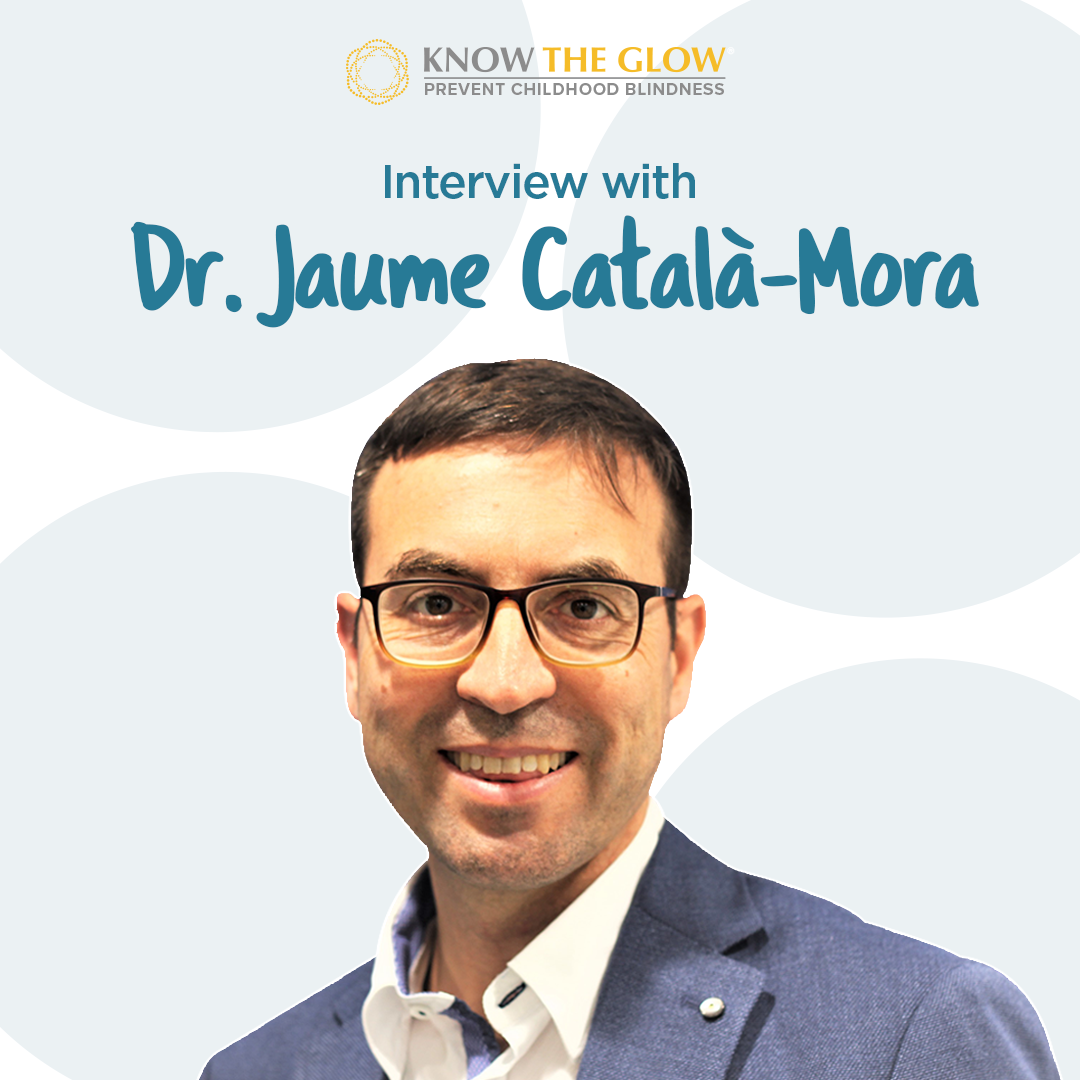