Carme Julià Ferré, a professor in the Department of Computer Science and Mathematics at la Universitat Rovira i Virgili in Tarragona, Spain  is the extraordinary mother of two beautiful daughters, Anna and Julia. When Julia was eight months old, she was diagnosed with Retinoblastoma. Fortunately her cancer was discovered and Carme and her husband, Joan Carles, found their way to the expert care of Dr. Jaume Catalá and Dr. Genoveva Correa in Barcelona. Thankfully, Carme’s daughter, Julia, has now completed her Retinoblastoma treatment and returns every three months just for check-ups.  The experience surrounding her daughter’s Retinoblastoma journey though inspired Carme do more leading ultimately to her creating and becoming the President of  La Nineta dels Ulls Foundation (NDU) in 2021 which in English translates to mean “The Apple of the Eye” (https://fundaciolaninetadelsulls.org/en/ ).

Wanting to make a difference for families in her community, she and her founding team had high hopes for the foundation.  The overarching goals of La Nineta dels Ulls (NDU) are threefold: to engage in research about Retinoblastoma, promote awareness of leukocoria (“The Glow”) and the diseases it can indicate, and to provide emotional support for families and patients whose lives have been affected by ocular disease.

Carme firmly believes in the importance of early detection of leukocoria and other ocular diseases knowing firsthand what role early detection plays in the long term prognosis for children with RB. Although Retinoblastoma, a form of cancer, is the most dangerous and the most well-known of glow-related retinal diseases, leukocoria is an indicator of many other ocular diseases which can also result in early childhood blindness if not promptly detected and treated. In many cases worldwide, these conditions are missed or are not screened for and therefore treatment often comes too late.

The foundation team wanted to work to explore better ways to tackle that problem.  In partnership with Dr. Xavier Girones, a machine learning and software engineer, and la Universitat Rovira i Virgili, La Nineta dels Ulls has begun working on the development and implementation of a virtual tool for automatic detection of leukocoria’s “Glow” via smartphones or cameras. Last year, Xavier and Carme’s tool was selected for funding by the Hewlett Packard Charity Journey. To date, the computer program which uses deep learning and analysis has achieved its first proof of concept and has begun testing. Using the more than eight thousand artificially generated images of leukocoria alongside the more than two hundred actual photographs of positive leukocoria cases, validation and classification of the images are well  underway.

Carme and Xavier’s long-term goal is to implement this program as a virtual screening and early-detection tool. One roadblock preventing early detection is that many parents don’t understand what to look for, or even what “the Glow” can signify. Carme explained that ocular screening in Spain occurs nationally at one month of age and then again at two years. With this in mind she feels it is important to bring awareness to parents and to work to create a program that can easily detect symptoms of leukocoria.

Carme and her team have also worked to support parent families through education and resources as part of the second and third goals of the Foundation.  A beautiful video created by a foundation member touched by retinoblastoma is doing all of that and more by sharing information about following one’s maternal instinct with regard to a child’s eye health.  Watch and share the one minute video here with English subtitles!  https://youtu.be/rjS9ElSL-6Q

Carme, Xavier, and all of the members of La Nineta dels Ulls truly hope that through education, awareness, and new screening tools and initiatives, more children like Julia will be diagnosed in time and treated for ocular diseases, allowing them to live their childhoods more fully and see the world more clearly. 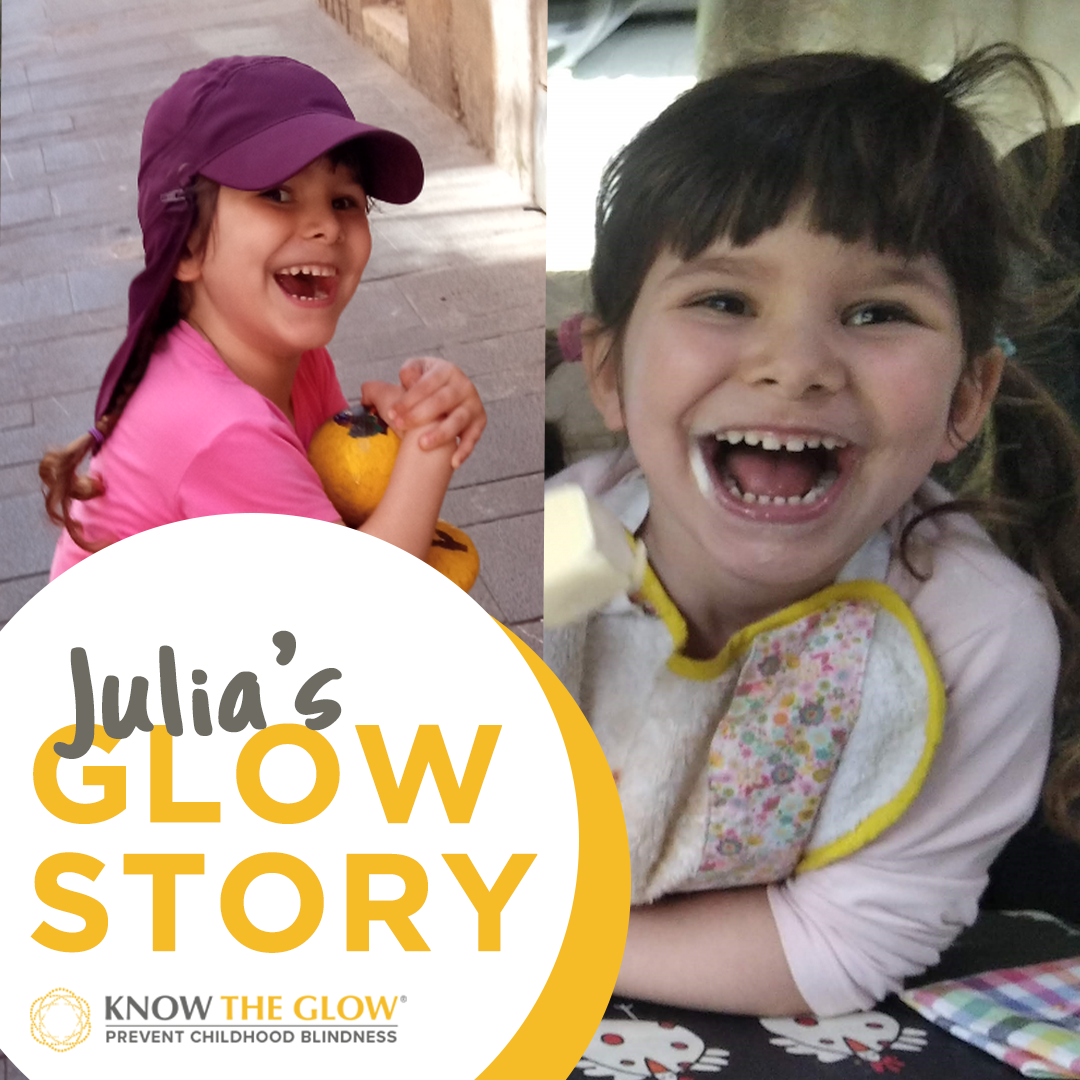